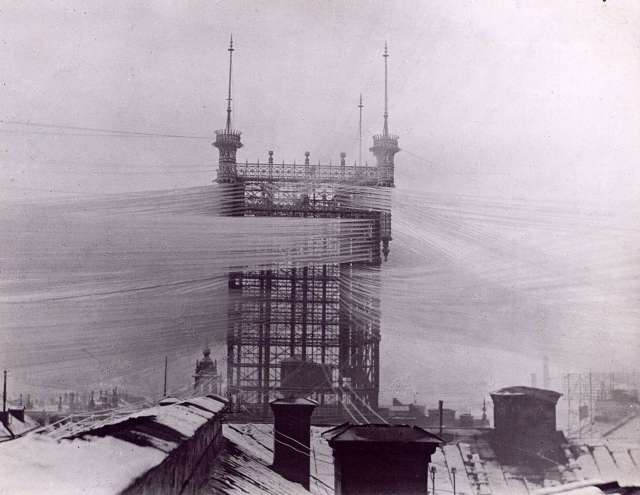 The despatialized patch: or, as it has been called by its actually-existing practitioners, a phyle. The question of despatialized patches becomes foregrounded by multiple factors, the most obvious of which is that in the 21st century there is not necessarily any correlations between community and territorial clustering. Not even that ephemeral force that organized itself through reiterating engagements in a shared environment – tradition – is locked in place by the ground from which it emerged. Solid into air, value into information. On the far side of this trend is subscription governance that, unlike fixed neocam models, can be plugged into anywhere in the world. One only needs to look in the direction of  Estonia’s ongoing experiments with e-governance to reach this stage (or, from another direction, the recognition that there’s nary a government service that isn’t also provided for on the open market, and it is only a matter of time before the package deal rears its head. Government, by Amazon).

The term phyle has its roots in Neal Stephenson’s (post)cyberpunk novel The Diamond Age, and describes national, ethnic, and ‘synthetic’ networks of governance and commerce that operate globally. Coexistence with city-states, the phyles maintain certain territorial ‘enclaves’ where business enterprises internal to the network set up shop, which in turn supports the functioning of the phyle itself. In many respects Stephenson’s vision comes close to Rizome, the transnationally-networked corporation in Bruce Sterling’s Islands in the Net, which also exhibited a kind of decentralist organizational dynamic that has been described by Kevin Carson, in The Desktop Regulatory State, as ‘platform support structures’. Sterling suggested that the Rizome organizational system be likened to the structures of Japanese feudalism, while Stephenson’s phyles akin to the Venetian merchant guilds. Time-tangling, it seems, is utterly ubiquitous, and when we consider that the fictional depiction of the phyle directly informs the real-life experimentation, it’s clear that something very weird is happening. A hyperstitional thread, however, is probably best left for another time…

Las Indias is a ‘neo-Venetian’ phyle organized by a collective that came together in the Spanish cyberpunk scene of the 1990s. Contra the voiceless structure of Moldbuggian neocameralism, Las Indias articulates itself as an ‘economic democracy’ boasting a heavy focus on community, fraternity, and shared experience: a social “common metabolism’ that is conjoined to a “single economic metabolism”. According to David de Ugarte, one of the chief brains behind the project, these intertwined metabolisms produce an architecture that synthesizes an understanding of the phyle as both a “micro-country without territory” and a “kind of local economy”: the transnational network and the localized, spatial support structures. Out from these conduits flows product and services, and in flows capital and goods.

de Ugarte notes that while the neo-Venetian ethic of Las Indias bends towards the democratic, this isn’t the only path for the phyle:

The Murides, the old pacifist Sufis from Senegal, went from having a nationalist dis- course and growing peanuts to constituting a community trade network with two million members that spreads from South Africa to Italy. Its transformation isn’t over yet, but the young Murides have turned the daïras, the old Koranic schools, into urban communes that are also business cells.

At first blush, nothing could be farther apart than cyberpunks and the Murides. But the parallelism is significant: they are not companies linked to a community, but transnational communities that have acquired enterprises in order to gain continuity in time and robustness. They are phyles.

Phyles may function democratically and be cooperative-based, as in the case of the Indianos, or else they may have a small-business structure and even a religiously inspired ideology, as in the case of the Murides. But they share two key elements: they possess a transnational identity, and they subordinate their companies to personal and community needs.

Phyles are “order attractors” in a domain which states cannot reach conceptually and in areas that states increasingly leave in the dark: phyles invest in social cohesion, sometimes even creating infrastructures, providing grants and training, and having their own NGOs. Transnational thinking allows them to access the new globalised business before anyone else. A phyle’s investment portfolio may range from renewable energies to PMCs, from free software initiatives to credit cooperatives. Their bet is based on two ideas. First: transnational is more powerful than international. Second: in a global market the community is more resilient than the “classic” capitalist company.

Commentary from others in the P2P ‘movement’ had pushed back a little on certain aspects of Las Indias’s presentation of the phyle: drawing on some the same historical precedents cited by de Ugarte (namely: merchant guilds), Poor Richard challenges the formula that “community precedes enterprise”:

A guild can function just as envisioned for a phyle (from Greek phulē — tribe, clan) but does not carry the same connotation as a tribe, clan, or phyle of having a primary basis in familial kinship, nor the historical reputation (in certain cases) of rebellion against central authority. The subtle but important difference is that a guild is all about practical know-how and about taking care of business– not about ideology or revolution (eh, at least on the surface…).

Typically a guild (German: Gilde) is an association of craftsmen in a particular trade. In the most general sense a guild is simply an organization of persons (peers) with related interests, goals, etc., especially one formed for mutual aid or protection. Historically guilds were any of various medieval associations, as of merchants or artisans, organized to maintain standards and to protect the interests of their members.

One point on which I think guilds differ from Las Indias’ conception of phyles (“In Phyles, Community precedes Enterprise” -David Uguarte) is that for guilds, community and enterprise are two sides of one coin. I think this fits well with p2p culture while also being relatively non-confrontational with mainstream corporate/capitalist norms. The ability of guilds and leagues (such as the League of Women Voters) to present a relatively “normal” outward face, may have occasional tactical advantages.

Leaping off from this conversation, we might say that the phyle is a diagonalization between two different forms of organization: the guild and the networked tribe. There has been quite murmurs and active experimentation with neo-guild models over the last two decades, but the figure of the tribe itself – as perhaps a more abstract organizational system than either the guild or the phyle – permeate the emergent world. Extrapolate from trends in cultural fragmentation and miniaturization of production technology, and McLuhan’s dictum that electronic communicaton exerts a “tribalizing effect” nestles itself up against everything from the (arguably templex) tribalist dreams emanating from certain anarchist quarters as well as DIY networks, to insurgent hacker tribes, among other examples.

Speaking of tribes and time loops, here’s John Robb, circa 2005. While written only a year into the US’s disastrous adventure in Iraq, this seems like it may very well be more relevant today:

The tribalism we face today is a combination of these ancient mindsets and modern systems thinking (economics, networks, communication, etc.). It’s a very dangerous combination made stronger by the forces of globalization — which has levelled the playing field in the competition between tribes and states. Today, networked tribes thrive economically (particularly as participants in the multi-trillion dollar black economy) and project power globally:

Until we understand the moral bonds of networked tribalism, there is little hope that we will morally defeat it.

From the U/Acc point of view of this blog, the idea of the moral defeat of such things seem like a woefully antiquated concept, as is the issue is not, at the ultimate unground, a question of moral determination or a sense of operational agency.

One thought on “Phyles and Networked Tribalism (notes and link roundup)”