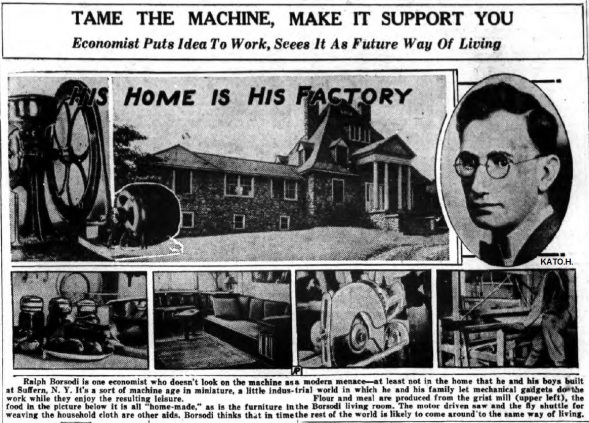 In his recent post on modernity and myth, Vince Garton notes Sorel’s interest – in sharp distinction to the majority of Marxist currents of his day (or today, for that matter) – in small-scale, workshop-based production. Vince writes:

Against the mainstream of Marxism—and against later theorists such as Schumpeter who would decisively identify the trajectory of capitalism with indefinite industrial concentration—Sorel’s vision of the far future self-abolition of capitalism was one of distribution, the internal development of workshop organisation; we may say, in the tradition of Catholic social thought, subsidiarity.

An exceedingly brief thought (and a sideways preview of a work in progress): industrial disintermediation  will be the process through which hyper-capitalist atomization is converted into subsidiarity.

Edit: If communism is to be based, as Xenogoth suggests, on otherness and differentiation, then a neo-Sorelian perspective on industrial disintermediation – and the question of ethics that are tangled up in this complex – is of immediate interest. After all, such processes constitute the fragmentation of the current industrial order, which on the one hand opens up escape routes from the present through the increased ability to produce independently, while on the other hand it poses hard questions fully-automated, luxurious Walmart Socialism advocated by so many on the radical left.