Diffractions Collective has published a great interview with the mysterious Gruppo di Nun (including Claudio and Rhettt of Goth/Ins [in]fame[y]). The interview is worth reading full, but here are a few particularly juicy cuts:

From a political point of view, we were motivated by the realization that the right has often used, and still uses, magical tools in order to obtain consensus and shape its ideology. We refer, in particular, to the use of meme magic by the alt-right in recent years, and the recurring reference to authors such as Julius Evola by increasingly influential fascist thinkers, like Steve Bannon and Aleksandr Dugin. We believe that this resurgence of magic in right-wing environments calls for a radically anti-fascist demonological guerrilla, based on a foundational shake-up of the principles of the Right-Hand Path magical tradition.

…we wish to leave twentieth century magic behind, and propose a new millennial – and millenarian – magic, that, instead of barricading itself inside the boundaries of human consciousness, reaches beyond the human through all means available. Because of this, our magic has been widely inspired by scientific thought as a divinatory tool that can allow us to reach into the inhuman depths of matter, both theoretically, particularly through Boltzmann’s statistical thermodynamics, and experimentally, by rediscovering the experience of the chemical laboratory as a new form of anti-human alchemy.

We do not wish to substitute a hierarchy for another, but to build circles without centers, that explode towards the outside instead of reaching for convergence.

This view of the cosmos as an equilibrium of polarities is rooted in our cultural substratum to the point where it is perceived as natural and, therefore, sacred and immutable. We believe, instead, that this notion of equilibrium conveys a clear political agenda, and that, far from being a perfect theory of everything, it contains arbitrary – and even absurd – assumptions. The absurdity of circular cosmology is, put simply, that it relies on perpetual motion, and thus denies the evidence of time as a material drive towards disintegration.

Finitude, transgression, excess and imperfection are essentially demonical: they belong to the realm of un-being and becoming. In this sense, there is some sort of demonical presence even in the simplest of actions, such as deciding the position of a door: when is it too far to the right or too the left, too high or too low? This is an aesthetic judgment, devoid of obvious causal links and ratio (measure)or, perhaps, completely devoid of them (an example taken from Wittgenstein’s Lectures and Conversations on Aesthetics). So, the refutation of the validity of the economic principle does not make us merely arbitrary: to be revealed is the arbitrariness of the world itself, its groundlessness and the similarities it presents with games (in regard to its construction by humans but also to its self-construction’s faculty aka Nature). In the frame of speculative materialism this is the core principle of Hyperchaos, led by a principle of unreason.

The barbarian is a revolutionary catastrophe incarnate, which stems from the catastrophe of modernity, that accelerationism diagrams so well, but does not perfectly coincide with it.

In my opinion, this obsession with time and recent (or even highly hypothetical) technologies you found in accelerationist circles is part of a right-wing (or right-hand path) hegemony: all eyes on the West, “Look at us, we are the future!”. This is a strident contradiction: why universalize time and relative cultural traits (unifying them into an Order or a Unit) while proclaiming to be some kind of “multitude” or fragmentary assemblage? This ethnocentric fallacy is absent in the CCRU Writings, so it should be dated at least to the second wave of accelerationism (the one who spawned L/Acc and R/Acc). 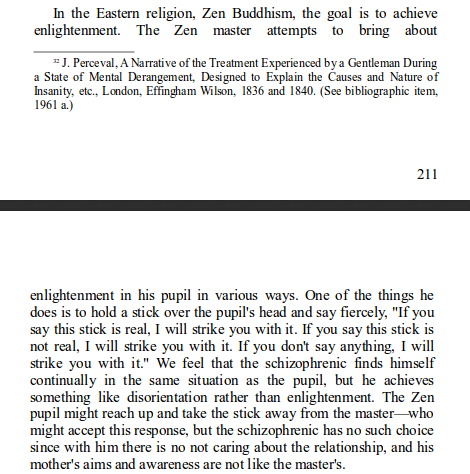 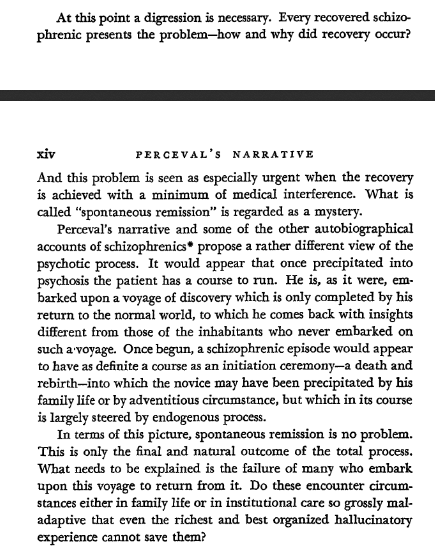 -From Percival’s Narrative: A Patient’s Account of His Psychosis, p. xiii-xiv

-From “The Logical Categories of Learning and Communication”, in Steps to an Ecology of Mind, p. 307